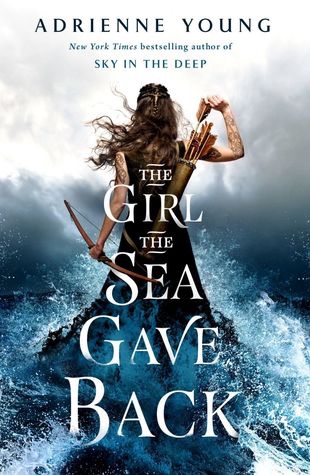 The new gut-wrenching epic from the New York Times bestselling author of Sky in the Deep.

For as long as she can remember, Tova has lived among the Svell, the people who found her washed ashore as a child and use her for her gift as a Truthtongue. Her own home and clan are long-faded memories, but the sacred symbols and staves inked over every inch of her skin mark her as one who can cast the rune stones and see into the future. She has found a fragile place among those who fear her, but when two clans to the east bury their age-old blood feud and join together as one, her world is dangerously close to collapse.

For the first time in generations, the leaders of the Svell are divided. Should they maintain peace or go to war with the allied clans to protect their newfound power? And when their chieftain looks to Tova to cast the stones, she sets into motion a series of events that will not only change the landscape of the mainland forever but will give her something she believed she could never have again—a home.

This is a companion novel to Sky In the Deep, i say companion cause while it has characters from the original story it told from the point of view of a totally new character and it follows her story. Tova is a Truthtongue who was found by the Svell people washed ashore as a child and has been told that her people sent her away as a scarafice. She has no memory of them and her place in this new Tribe is not the pest. By trying to foretell the future she may bring about a whole new kind of war.

This was a four star rating for me i did not love it as much as i loved Sky in the Deep and i not sure if cause it a different kind of story then a brother gone missing. The battle scences cause lets face it most of this book was about a war and how much the Svell where going to use Tova powers to foresee the future.

The timing of this story is set ten years in the future which does make for a uniqueness as time has progressed to where the new clan from the east has had timed to become a stronger tribe. I also liked that both these stories are Viking stories so they are different then what i normally read. I would of liked more world building but their might of not been much to do there as it set in the same place as the previous book. Getting to see old characters with the new ones did make for at times an emotional plot. I think the author would do well continuing with this theme of telling stories set in this place but sharing from other characters points of view.