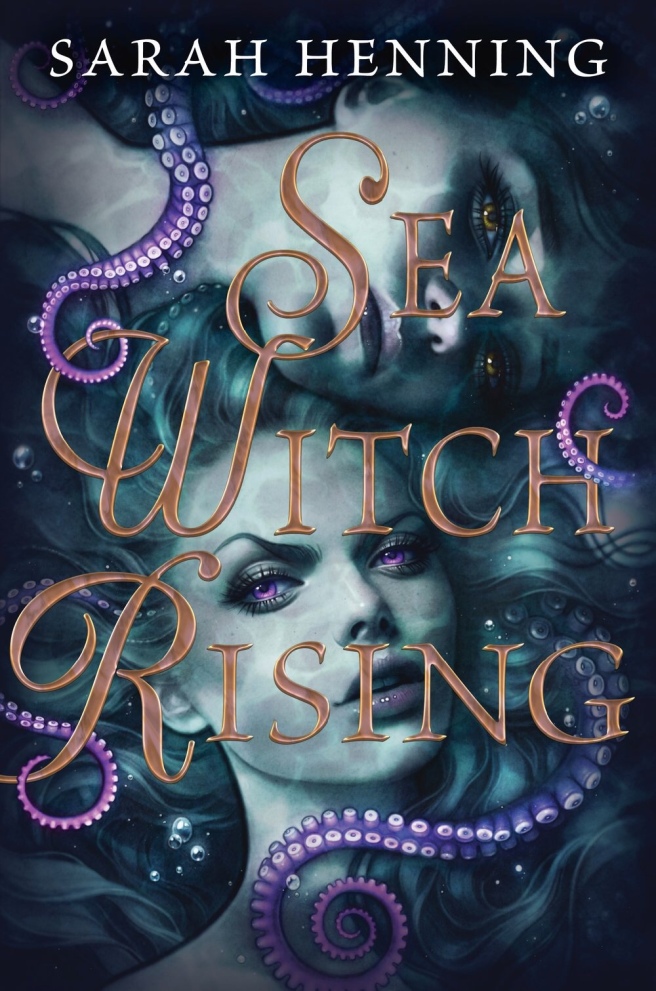 “The Little Mermaid” takes a twisted turn in this thrilling sequel to villainess origin story Sea Witch, as the forces of land and sea clash in an epic battle for freedom, redemption, and true love. Runa will not let her twin sister die. Alia traded her voice to the Sea Witch for a shot at happiness with a prince who doesn’t love her. And his rejection will literally kill her—unless Runa intervenes. Under the sea, Evie craves her own freedom—but liberation from her role as Sea Witch will require an exchange she may not be willing to make. With their hearts’ desires at odds, what will Runa and Evie be willing to sacrifice to save their worlds? Told from alternating perspectives, this epic fairy tale retelling is a romantic and heart-wrenching story about the complications of sisterhood, the uncompromising nature of magic, and the cost of redemption.

This is the sequel to Sea Witch the backstory on one of the most evil villains of all time from the Little Mermaid. I really enjoyed this sequel way more then book one as i felt that it was mostly telling us what we all ready knew about this tale. This sequel takes what was lacking in book one and throughly different story that we all know. This is why i am liking the new malificent story as we have these evil characters but Disney never really tells us why they are evil. What decision changed them from being good to evil? Did a parent wound them so bad that they never learned to be good? Or what circumstance in their past wounded them to the turning point of this evil root?

In the Sea Witch Rising not only are we getting new ideas about what really is happening in the Sea Kingdom with the Sea King, we also get to know the pain that Sea Witch went through. We learn how she became chained to her lair, we learn that in all intents and purposes she was just like the Little Mermaid who wanted more then what she had underwater. This second book is very action packed and even left me feeling like more story could be forth coming from the ending. I truly enjoyed this boook.

Sarah Henning is a recovering journalist who has worked for the Palm Beach Post, Kansas City Star and Associated Press, among others. While in South Florida, Sarah lived and worked through five hurricanes, which gave her an extreme respect for the ocean. When not writing, she runs ultramarathons, hits the playground with her two kids and hangs out with her husband Justin, who doubles as her long- suffering IT department. Sarah lives in Lawrence, Kansas, which, despite being extremely far from the beach, happens to be pretty cool.