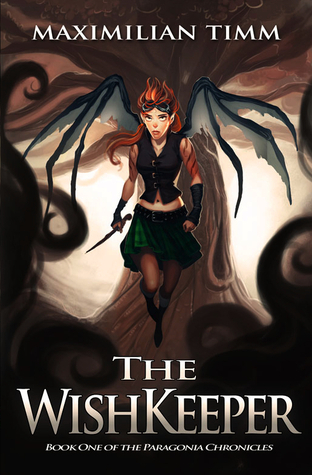 When a broken-winged, rebellious teenage fairy discovers that her family’s WishMakers made an all-important True Love Wish, she secretly ventures to the human world in order to grant it despite the impossibility and to prove that she can be a WishKeeper. An adventure to prove her worth turns into a battle against dark forces determined to harness the wish’s power, as well as the insecurities that arise within the little fairy herself. Shea Evenstar must overcome her doubts, fears and apprehensions, but even more so, the painful discovery of a hidden family secret. We, WishMakers, all have a WishKeeper assigned to us that protects and guides our wishes toward fulfillment. Teenage, broken-winged Shea is determined to become one. “The fate of your wishes rests on the back of a broken-winged fairy.”

This is not your typical story about cute fairies this a story about strong, kick your teeth in, faeries.  I love the different take on them that this story follows.  It has everything you could hope for in a young adult fantasy, action, love, an evil villain, twist and turns you don’t see coming.   I think the best part of the story is that it has a great message to be learned and that it only book one of the series.